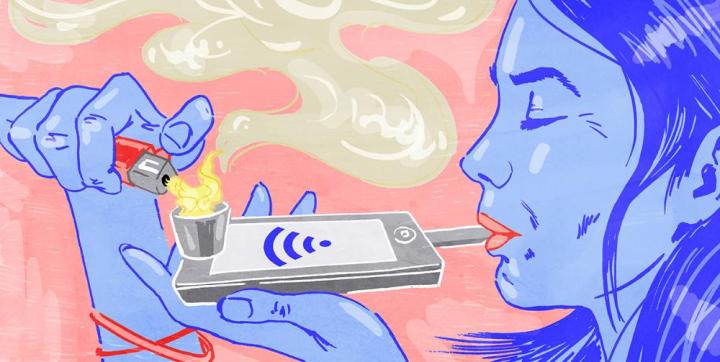 My nana didn’t have a phone in the 60s. No one did, never mind Facebook, Instagram, Twitter, Snapchat, Pinterest and Tumblr to name a few. When she had her first baby in Dublin, they had to ring a pub in Co. Limerick and get a neighbour to go share the news because the family didn’t have a phone either.

“I waited for the time that the pub would be open on the Sunday afternoon. I had to ring to tell them Anne was born and the publican who was our neighbour and friend went over to the family and announced the arrival of Anne-Marie Kingston. We didn’t even have a phone, you know. He arrived home to our house and was dancing around the kitchen telling my mom about the new baby we had, in retrospect wouldn’t that have been a lovely Facebook status? My mom sent me a letter two days later to congratulate me and I read and re-read the letter, I have treasured it for many years.”

I ask my grand-mother what she thinks of social media today and whether or not she thinks it’s beneficial to our generation:

“Fake news is there forever, it’s always been there. You had fake news coming from the film stars in America and your neighbours. Not alone did you have fake news, but you had malicious news coming from malicious people, the valley of the squinting windows extended to an awful lot of places when I was young. That is one of the lovely things I find today, the young people, they’re honest. Maybe social media has created a certain amount of badness and maybe that’s the modern-day version of the gossip and the scandals we had when I was young.”

Nana didn’t have social media in the 60s and she doesn’t have it today. There was no #InstaFamous or #BigOnTwitter. Their versions of emojis were their facial expressions, together with eye contact and body language. Their way of communication with one another was vocally. I had to question whether or not our generation had a real issue with this, before I undertook the challenge, I already knew the answer to that question.

I’m joined with Joanna Fortune to discuss social media. Joanna is a clinical psychologist specialising in child and adolescent psychotherapy. Joanna gave a TedTalk in 2017 discussing social media as the ultimate shame game. She discusses the impact of social media and our need to feel validated. She portrays the dangers in only communicating with an online faction that believe that your world view is the right one, as this inevitably leads to falling into an echo-chamber. Your beliefs are systematically approved through a networked portal and this can create anonymity amongst people of a different perspective. As Joanna says: “We rally up our troops online and we feel validated.”

For me, giving up social media was the biggest challenge. I didn’t see myself as being “addicted” to my phone or the apps that it held but I soon realised I had an overriding compulsion to document every aspect of my life and to be connected to my friends every minute of every day. It was frightening, once I deleted all of the apps from my phone, I felt removed. It was as if someone had picked me up and thrown me into a different universe. They say no man is an island, but I certainly felt like I was on one.

For the first few days, I kept checking my phone for notifications that did not exist. I heard phantom notification sounds and honestly, I felt miserable. It is what I can imagine giving up smoking would be like, consistently difficult and mind consuming. We spend each day, every day, giving each-other virtual nods and pats on the back, without even knowing we’re doing it. If I spill my morning coffee, I snapchat ten of my friends about it with a range of emojis to express that I am disgruntled. When I have no platforms for this habit, the spilled coffee is my own problem. It’s not thrown out to the world via a status or a story or a tweet or a snapchat. It’s my issue and my issue alone. Sure, I could have sent someone a text message or an email but the issue at hand is too minute to raise via what I would now perceive as real communication.

When I explain my feelings to Joanna, emotions which ranged from alienation to mild panic over my disconnect from my wired community, she questions;

Can we accept that we’ve experienced something if we haven’t experienced it through the eyes of someone else?

That is the pinnacle question. Who are we putting these stories up for? If we don’t put them up online for the world to see, do we feel like they didn’t happen?

According to Joanna, the drive to have a phone can start from a very young age. She describes a scenario in which a young child, or indeed a baby is trying to lock gaze with their parent. The parent is scrolling through their phone. The infant then begins to believe that the device in their hand is paramount, they conclude that this rectangular shape is more important than them. Is it no wonder then that children are asking for phones from Santa from the age of five and six?

“With social media, it’s not a person to person interaction anymore, my right brain communicates with your right brain, that’s where our relationships are forming. We elicit a particular response from one another and choose our next action based on that response, be it an expression on your face for example. This doesn’t exist with online relationships because we’re not looking at each-other, we’re expressing how we feel through emojis.”

In Ireland today, people check their phones 200 times on average. Does that seem extreme to you? Start counting. As the days passed, it became easier. What felt like an extreme neediness to be in constant communication with my friends started to simmer down. I read my book with my morning coffee instead of scrolling through Instagram. I looked out into the world instead of sending a Snapchat. The biggest impact came down to how I felt and how I slept.

Without the constant rush of information, my head became lighter. I wasn’t looking at images someone I haven’t spoken to in four years was posting. I wasn’t responsible to man my seven different platforms. I just had two. I didn’t have the constant whine of people moaning about the minute details we so carefully picture and caption every day. I was freed and all I had to do was take off my own shackles. I began to notice the intensity of every day feeling. If I was experiencing a circumstantial emotion, take again the spilled coffee for instance, I felt it on a more extreme level, but I surmounted it faster. It’s comparable to when a toddler topples over, we know the toddler didn’t hurt his or her self and they know it too. However, if we give the toddler a big reaction and give them space to feel upset, they will. Moral of the story, we’re all just big toddlers. We don’t need to live stream every slightly unpleasant thing that might happen to us, in fact, when you think back to my Nana’s time, it’s madness.

Sleep. I am the type of person who is always on. I am not good at relaxing. I don’t massively enjoy television and I actively dislike lying in because I find it boring, that is, unless I’m hungover and I physically can’t move. There is an extreme to this however and that is replying to texts when you are not awake. Yes, believe the hype, I would sleep-reply to people in my sleep and completely forget about it the next day. This project has given me the gift of 8 to 9 hours of uninterrupted sleep and an increased focus and drive to do my bits and do them well.

Joanna says that this former extreme overstimulation caused by phone use affects our ability to perform. “People who are constantly on their phone fall into a rolling pattern, they don’t have a high enough level of sleep and because of that they don’t perform as well, emotionally, personally and professionally, it’s a cycle of fatigue.”

People who are constantly on their phone fall into a rolling pattern, they don’t have a high enough level of sleep and because of that they don’t perform as well, emotionally, personally and professionally, it’s a cycle of fatigue.

​It’s the 1st of March today and I’m allowed to have all of the things that make us millennial back. I feel lighter and it’s because I’m not consumed by our mass consumption of the world wide web. The only app I have re-downloaded is Instagram, but I will be deleting Snapchat and using all other apps on the desktop for a maximum of half an hour a day, and mainly for work purposes.

I woke up today and my phone wasn’t the first thing I touched. I counted how many times I checked my phone yesterday, it was sixty, still substantial for someone who has nothing to look at other than the odd text and pictures of her cat but a positive development all the same.

Joanna says it’s not about the tools we have at our disposable but about how we use them. As Joanna says, when we put something online for the world to see, we need to ask ourselves: “Are we really experiencing this? Did I enjoy it, or did “they” enjoy it?”

Are we really experiencing this? Did I enjoy it, or did “they” enjoy it?

It’s time to start feeling things and stop checking out. It’s time to stop burying your face into your phone when you’re bored. It’s time to stop seeking distractions in a virtual world. I thank my Nana for the inspiration in this particular component of the project because it has changed my life. I have seen life through a different view and those lenses were my own eyes. 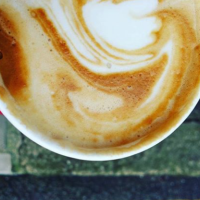 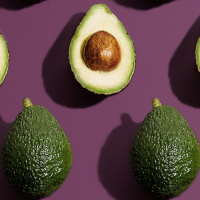 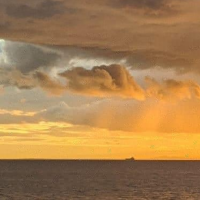 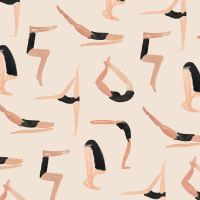